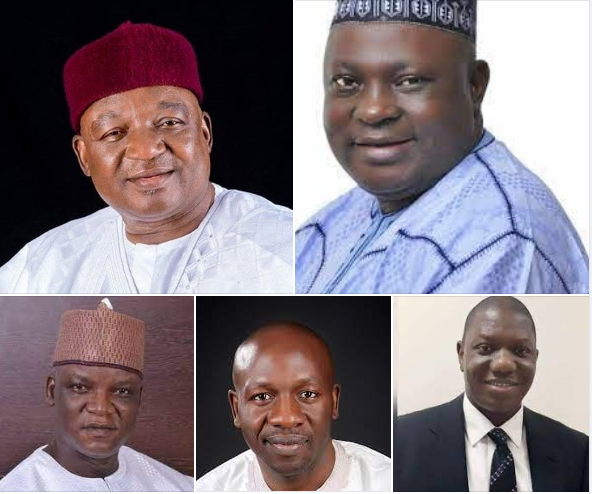 The sole senatorial seat under our full control has been crowded with aspirants. Most, if not all are from the main opposition party, the PDP. PDP is hosting a horde of them because the seat has been safe for candidates that crested under its platform since the forceful return of this republic in 1999.

As per the last count, there are five aspirants with their hat in the ring viz Sen. Danjuma Tella’s Laah(incumbent), Rt.Hon.N.G.Sarkinoma, Rt.Hon.Jagaba Jagaba, Hon. Sunday M. Katung and Hon.Dikko. The aforementioned aspirants are neck-deep in a ritual called consultation with stakeholders and officials in our eight LGAs.

They used this Yuletide season to connect with a-enumerated groups. Dregs oozing from such meetings and largesse unleashed, indicated that; the in-house selection process known in the political arena PRIMARIES will be a battle royale. Or rough rumble that we have never seen.

So far, they only reeled mini speeches that centered on declaring their intentions to run. And asking for the permission of stakeholders and party officials to enter the field—that is, see any person of interest in their domains. It’s not a proviso you can find in the party’s constitution nor electoral laws—but purely a tradition that unconsciously evolved and accepted respected by power players.

My hope: people will this time around critically examine these aspirants via weighing their capacity, track record, understanding of the terrain, ability to connect with colleagues and the outside world. Permitting sentimentality, mundanities, and mechanical solidarity to guide our decision will boomerang because; political consciousness is at the tip of the pyramid. And the stacks are too high now.

We are patiently waiting!