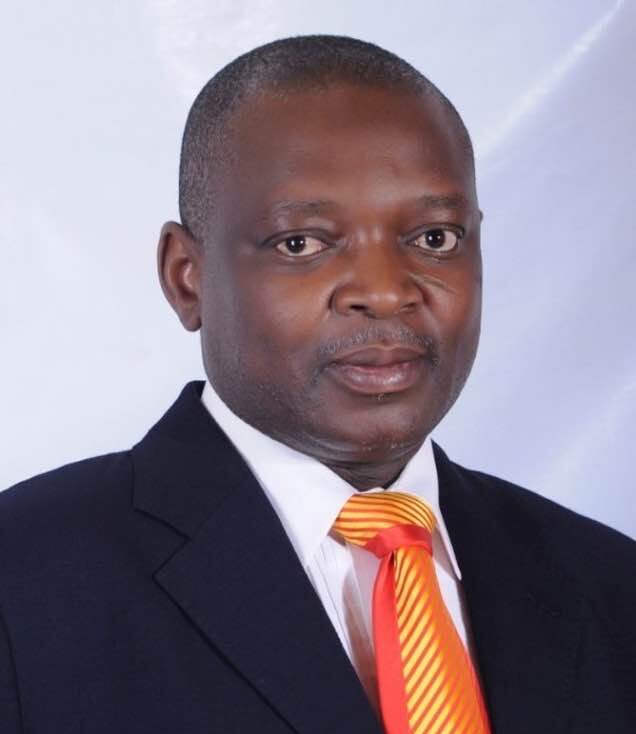 “The most difficult thing is the decision to act, the rest is merely tenacity. The fears are paper
tigers. You can do anything you decide to do. You can act to change and control your life and
the procedure, the process is its own reward.”-Amelia Earhart

On stepping out of the class, a few weeks after I left Lagos, my phone rang. It was Dr.Shekarau
that was calling. “Hi Doc, how is your day rolling?”, he inquired. I said “afternoon Doc, totally
terrific”. I use that American way of expressing satisfaction with situations too frequently.” Have
you checked your email today?”, he posed his second question in that fashion. “No, sir”, I
answered .” Let me check”, I assured him. “Check and get back to me”, was his final statement
of that call.

After our brief exchanges, I drove back to my office—to check my email and proceed home. I
hardly stay in school after an hour or two of talking in an overcrowded hall with poor facilities.
Dr.Shekarau sent an email a few minutes after the commencement of my lecture. He requested
that I should once more be his guest in Lagos. As usual, there was no heads-up of why he
wished to see me some weeks after our first meeting. Since it was a weekend, I obliged and
stepped down my schedule for that weekend. Thank God I had only social engagements that
canceling them with just a “sorry I can’t make it” SMS will do the needful. There were many, and
all of them got strangulated by my unscheduled Lagos trip.
I replied to his email in a simple form:
“Ok, sir.
See you.
Best.
Dr.JD”.

After pressing the send key, I called him. And informed him that I will be available. He said his
agents will send the flight ticket to me with minimum alacrity. His agent, indeed, wasted no time
in sending the ticket as assured by the good Doc. The agent sent a business class ticket,
something I see as a waste of money because it’s a flight of less than an hour. I made that case
to the Doc but he wouldn’t stop buying business class tickets on local routes that before you see
the sign of “you can take off your seat belt”, the journey is almost halfway.

At 8 am Friday the next day, I boarded a flight from Kaduna to Lagos. This time around, I met
him and his driver at the airport. We drove to some places before heading to the same hotel.
After fulfilling the protocols of lodging hotels, I entered a lift to my room on the third floor.
Coincidentally, it was the same room I stayed in the last time that I was there. Was it
coincidental or accidental? I didn’t bother to ask or investigate.

After dropping my bag, I descended through the same lift. I met him in a quiet section of the
hotel. On getting close, he motioned me to a seat across the table. For the first time he spoke a
few Hausa to me: “Yaya hanya da gida?” (How are the journey and home?). I also answered
“Lafiya” means splendid. He waved the ushers and pointed at me— a kind of saying they
should take my orders. They acted as directed. I asked for soda because on our way to the
hotel, he said he will take me to his house.

Conscious of the fact that there will be food for me there, I avoided ordering something heavy.
It will be unafrican to visit a house the first time and tell the host that you will not eat food or
water offered. By the way, his beautiful and lovely wife is from Southern Kaduna, so that culture
of welcoming first-time visitors in a grand style is in us. Characteristically, and not surprisingly
when we went to his house after my soda, my suspicion came to fruition. I was confronted with
a full table of assorted foods. I disappointed my host because I am a small eater. At the end of
the eating section, there was no sign to show that food had been taken and eaten.

Afterward, the good Doc made a formal introduction of his family and vice versa. After his
suspicion that the food had fully settled, we took off to places downtown. The cruise gave me an
opportunity to see much of the newest areas of Lagos I read in books or watched on Tv. Yes, it
was a beautiful city with a capitalist contradiction of poverty and affluence coexisting. A classic
example of what I saw in Lagos is the Indian ICT centers Bangalore and Mumbai. The way
these extreme situations are harmoniously existing in the same space without a clash predicted
by Karl Marx is a miracle.

Our snaking around town ended in FourPoint hotel. We went into a secluded section, this time
around. That was a signal that a very serious matter is on the radar for discussion. Additionally,
he picked some notepads and wonderful pens alone. After sinking ourselves in our seats, he
threw over a notepad and a pen. I need not ask him what for, I knew that he wanted us to take
note and resolutions of the encounter that I am still unaware of. I pulled and settled them on the
right place, the left side of my corner of the table. I am a “lefter”, that is how we position writing
materials.

“Doc, I want us to discuss the possibility of contesting the Southern Kaduna senatorial seat
under the newly launched All Progressives Congress( APC), he set the ball rolling in that form.
A graveyard silence ensued because I knew the terrain and the likely end of the discussion. At
the end of the impulsive quiet session, I started walking him through the dynamics of the
senatorial districts. And the political and electoral behavior since the return of our democracy
from a long exile in1999. I ended with a clear statement: “politics is a game of all possibilities “.
It’s difficult but not impossible to flip any standing order in the act of politics.

In our hours of discussion, no known variable was not scaled vis a vis the national and state
political wind that was evident. At the end of every assessment, the same questions surfaced:
will our people understand and accept the new realities of the 2015 upcoming elections? Are we
capable of defining and promoting our unique interest without permitting outside influence from
middle belt players and beyond? These and many other assumptions crept into our
discussion over and over again. Truth be told, there was no time we thought there would be
easy answers to these questions.

The whole weekend was dominated by efforts to find testable and accurate answers to these
questions. Funny enough, whenever we thought we got the right answers, the questions
changed. Everything became like the Irish question that when the answer was found, the
question changed to another.

I left Lagos for Kaduna on Monday. While flying back, my brain and mind went into a recap of my
events in Lagos. It was not his brilliance and critical assessment of political and economic
issues, it was the magnitude of his property that I visited in Lekki Phase 1. I don’t have to be a
quantity surveyor, real estate expert, or architect to know that I just left a quiet Southern Kaduna
billionaire. A cool and collected achiever who refused to be unnecessarily visible like others that
wouldn’t let us rest because stumbled on “chicken change”. I was super mesmerized when he
told me that he has a replica of the same multi-billionaire Naira structure that I saw in Lagos in
Port. And other estates in various locations in Abuja and Kaduna. Somehow, I got a chance to
verify his claims within a few months.