“Better to embrace the discomfort of being different than the comfort of fitting in.” –
Ogwo David Emenike

Southern Kaduna political firmament is witnessing unprecedented and unexpected turbulence
instigated by actions and inactions of votaries of the system and foot soldiers of emancipation.
Multiple variables birthed the rancorous situation, but criminalization and immortalizing of
dissenting viewpoints are majorly accountable for the uncomfortable babelicious drama and
melodrama permeating us.

Selective amnesia or wholesome ignorance of essential pillars of personality theory made pro
and anti-status quo espouse “my/our way or highway” mentality. That behavior collapsed
bridges of understanding and accommodation and pushed them to extreme ends of opposing
views.

It’s absurd to expect other’s idiosyncratic and intuitive political viewpoints to ally with ours
despite manifest divergences in ideology, experience, interest, training, etc. Even under the threat of
nuclear annihilation people will hang into their individualistic dispositions on matters. No society
in the contemporary world has people consciously behaving unidirectionally on political and
social matters.

Lest we forget, to incubate, hatch, and publicly merchandise personal or collective opinions is
constitutionally bestowed to “sane soul(s)”. And insulated by numerous global, regional, and
sub-regional protocols. Similarly, to fiercely buck all caprices under our political sun are
conspicuously captured and guaranteed by the same constitution and protocols. Sequel to that,
why wear intimidating stone faces on people withdrawing from the bank of collective rights and
disagreeing with your conceptions?

I totally agree with Mehmet Murat Ildan’s words: “Always refuse to be like the others! The
more you become similar to the others the more you will be useless because there are
already plenty of the others!”. Being yourself will not only produce the best in you but give you
peace and happiness on earth.

If you yield to pressure and opposing waves of so-called popular opinion, you may end up
regretting your life. Think and act differently, but be magnanimous and permit others to do the
same because what is sauce for the gander is sauce for the goose. As the saying goes “one
man’s food is another man’s poison”.

Be guided by Shannon L.Alder’s words: “One of the greatest regrets in life is being what
others would want you to be, rather than being yourself”. Be yourself, don’t be what others
want you to be—you aren’t them and can’t be. However, let others also be because “variety is
the spice of life”.

Lest we forget, the highway of opinions is spacious enough to ply on without encountering
head-on collisions. 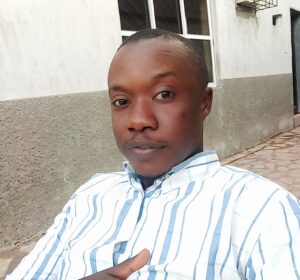 THE CRIME OF SOUTHERN KADUNA PEOPLE