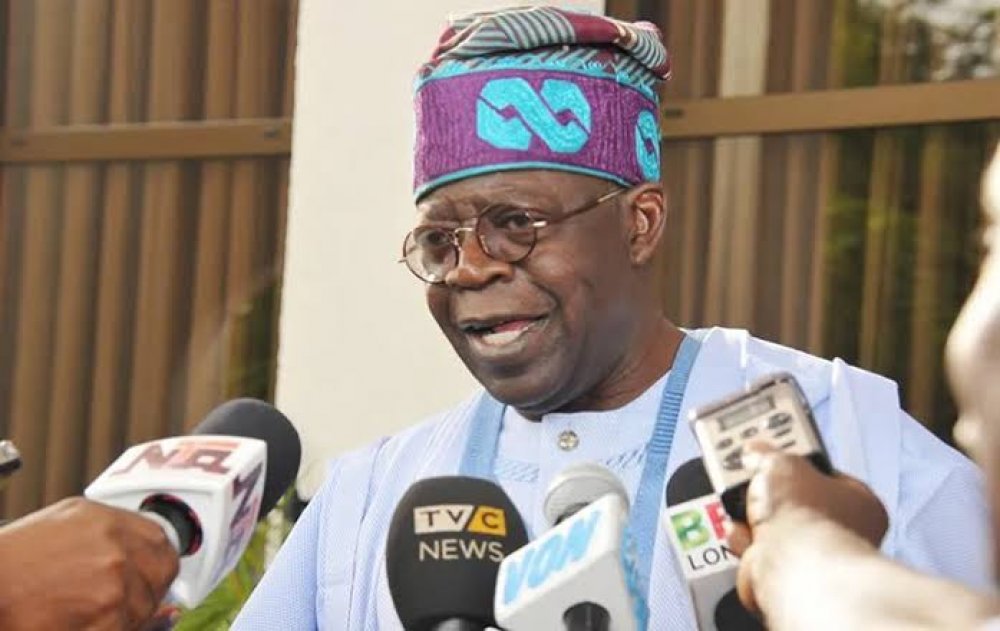 The indisputable and overbearing political landlord of Lagos State and most states of Western Nigeria, Sen. Bola Ahmed Tinubu(Jagaban of Borgu) has thrown his hat in the 2023 presidential ring. Jagaban is the first major aspirant of his political party (APC)to make a public declaration of his intention. Before informing Nigerians, he observed the tradition of telling the leader of his party and political soulmate President Muhammadu Buhari.

The gerontocratic political hyena is now shuttling states on what is known as consultations. His broad base consultation is crisscrossing party, regional and religious boundaries. It appears he will sooner than later graduate from that stage to full-blown campaign activities because he is into what is akin to the “last fight”. He has the resources and everything needed to bankroll his legit mission without qualms.

Characteristically, all the juggernauts he consulted wished him luck and pledged to offer counsel in case he needed it. They showered and still showered him with praises that are concomitant in our political atmosphere. The only exception was the opposition party governor of Oya State Mr. Sheyi Makinde who stretched beyond expressing normal solidarity to wishing that; may the best candidate clinch the seat.

Those aware of how APC was birthed in 2014 and the role he played in its emergence know that the party and all those that benefited from its unprecedented victories in 2015 and 2019 are indebted to him—morally. Sequel to that, his declaration has thrown a moral challenge to them—especially CPC elements that are the most powerful players in APC. While soliciting for his support, they made multiple pledges including supporting him and the South West after eight years. This type of undertaking comes in a gentleman form, it doesn’t go into pen and paper. Hope those that benefited from his resources and goodwill will not deny it the way Jagaban of Sambo Close Kaduna denied ever agreeing to support Southern Kaduna to be governor in 2007.

I state without fear of a contrary outcome that Tinubu is swimming in the ideal not the real pool of politics. And in the next few months, he will come to terms with my prediction. Directors of national politics in the north are not comfortable with him and the VeePee Prof Asibanjo for one obvious reason: they will distort the political and economic superstructure of the country in favor of the South West like Chief Olusegun Obasanjo. Obasanjo almost sank the structures that gave them advantages since the 1914 amalgamation of the northern and southern protectorates by the imperialist representative called Lord Fredrick Luganda. So, to support another South Westerner is not what they look up to with joy.

However, they can massage his elephantine ego by giving him APC’s ticket—a kind of showing that they are faithful friends. But, abandon him in the general poll through voting for a northern presidential candidate in PDP. What they will do is forge a secret accord with the presidential candidate of the party—which will be basically an assurance that he will not harass them and will protect their economic and political interests. They are masters of the game and have international support for all their political agenda—long before the lowering of the Union Jack on 1st October 1960.

Jagaban just started learning the ABC of politics. His over two decades of southwest political activities that earned him several accolades is tantamount to what players learn in the academy of sporting clubs. He has graduated from the senior club and is ready to play the real league. He will now know the real meaning of politics and the operating environment called Nigeria.

Send me a reminder of this after the war has been won and lost.